One-on One with Earthling XO 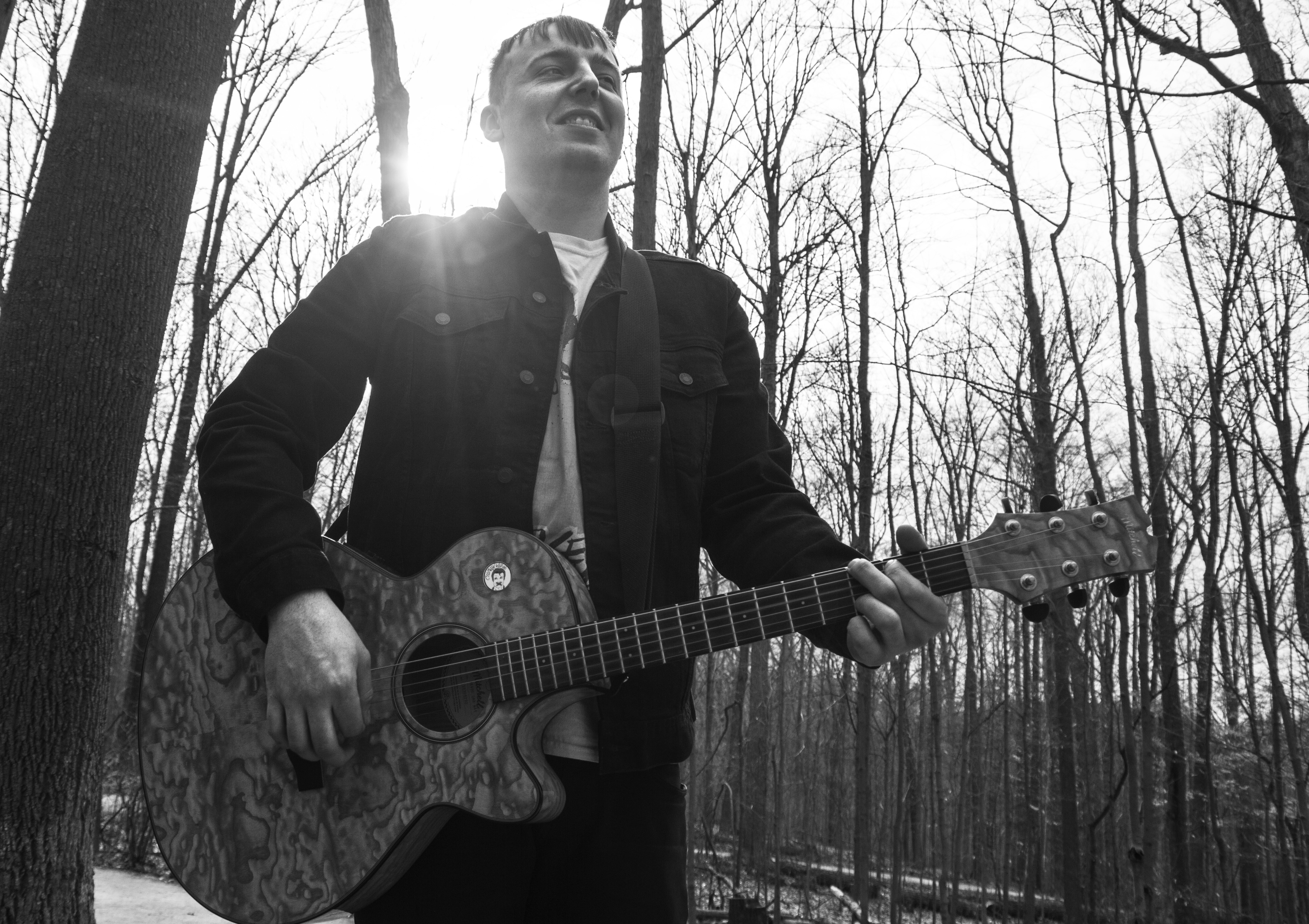 Earthling XO is the stage name of indie rock musician Tyler Slink. Slink, 30 hails from Akron Ohio and borrows from garage rock and folk on his latest EP The Arrival. Chill Indie sat down with him to discuss his whole process as a musician and what’s next to come.

Chill Indie: Give a little insight about yourself and/or the band.

Earthling XO: I'm an indie rock musician. I played in a couple pop punk bands for years and here I am, a couple months into my first release as a solo artist.

What are your goals?

I want to make the music that broadens my horizons and challenges me creatively and makes me proud. I wanna reach as many people as possible with it.

I really don't have much of a process. I don't really sit down and write songs. My best ideas come to me when I'm sitting on the toilet or in the shower and I just write them down in a memo and build on that idea later, and it eventually turns into something decent, I think.

Wake up at random times in the wee hours of the morning , eat breakfast, send emails to various avenues of promotion and booking, go to work, come home and send more emails, sit down and play guitar, send more emails, go to sleep, wake up and do it all over again.

I collaborated on The Arrival EP with Ashton Wood, who not only sang in the songs with me, but also made the artwork for the EP. I'm open to collaborating with anyone who's style really inspires me.

It's a weird blend of melodic instrumentals, meaningful words/metaphors with a little bit of eccentricism sprinkled on top.

Explain your favorite artist/band and why you like them.

I know I'll catch some heat for saying this, but Brand New. Regardless of what he's done, Jesse Lacey is the most clever metaphorical lyricist of our generation and I highly respect his songwriting brilliance.

My plan was to start touring in the summer of 2020, but with COVID-19, I can't get much merch printed or any out of town shows booked right now. So, as soon as it's doable, I wanna tour. Hopefully Fall of 2020.

If you could go open up for any artist who would it be and why?

The Front Bottoms. Their shows are fun and I think my style would mesh well with theirs on a show.

Which festival would you want to play at and why?

South X Southwest or Skate N Surf Festival. The lineups are always stacked with artists I love and being alongside them would be a dream come true.

What have you learned from the music industry so far?

Nobody is just gonna hand you anything or "discover" you. You gotta get out there and bust your ass to promote yourself independently first if you want anyone to put their support behind you.

How would you describe the music that you typically create?

Guitar based, with sounds and styles derived from my favorite rock artists.

How do you feel the Internet has impacted the music business?

I feel it has taken a lot of control out of the big corporate labels' hands and given more access to a wide audience for an independent artist at a much more cost effective rate than ever before. You don't need a big label now you generate a sizable fanbase.

What is the best advice you’ve been given?

Whatever you do in this life, do it because it satisfies you, because at the end of the day, you're the one that gets to live with it and die with it.

If you could change anything about the industry, what would it be?

You gotta be willing to spend your own money in this craft to be successful and you gotta be smart in who you work with. Too many shady people out there promising young, impressionable artists the world and running away with their money.

What’s next for you?

Continue to write and keep releasing and see where it takes me.

What is your favorite part about this line of work? Your least favorite? Why?

My favorite part is playing the shows. It's so much fun to feed off the energy of crowds and play my stuff to them in a live setting. My least favorite part is social media. Not that social media itself is a bad thing. But I feel like these big companies have gone overboard with trying to monetize it so much, that even if you have a decent fanbase, your posts reach less than 5 percent of your followers and that is completely unfair to the artist unless you pay to promote it to your own followers that you already have.

What advice would you have for someone wanting to follow in your footsteps?

Don't let setbacks discourage you. You're going to experience a lot of setbacks in this business especially early on, when you lack the knowledge on how to get things done. Just keep learning and growing.

If there was no money in this business, would you still be doing it?

Absolutely. I normally don't make a lot of money on my releases anyways, and yet it hasn't burned out my passion. I love writing and creating too much to ever quit.

You can find the up and coming artist, Earthling XO, through our social media platforms and playlist. Check his stuff out ….