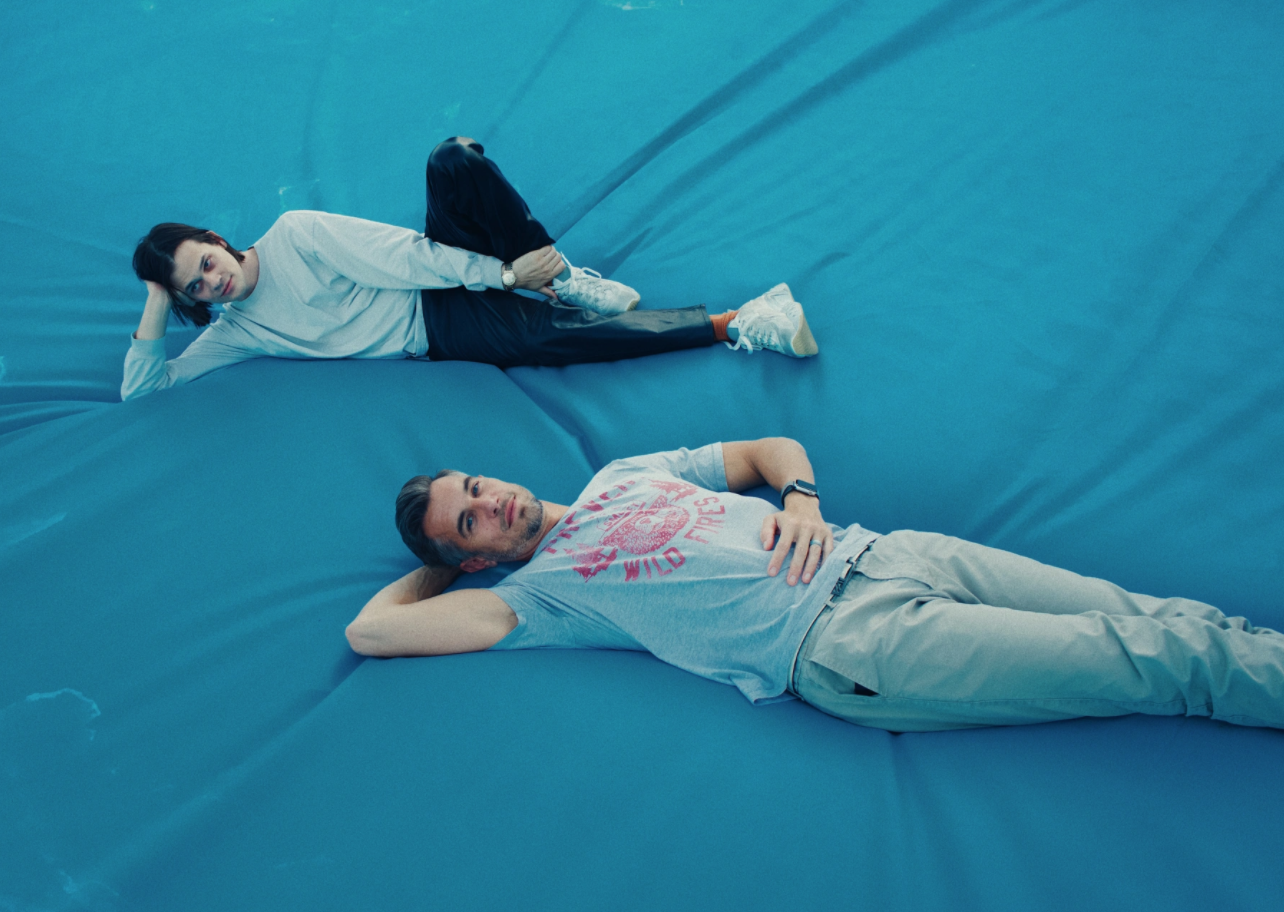 What do you get when the father of Vaporwave teams up with the lead singer of the Alternative Reggae band 311? Perhaps the most experimental crossover album of the year, radiating waves of peaceful meditation and psychedelic elevation.

Nostalgic is the best word to describe this collaborative project from George Clanton and Nick Hexum. Their self titled album pulls influences from many different genres, beautifully blending them into a new one. George, a Virginia native is credited as the vocalist, songwriter, and producer who first started Vaporwave.

Vaporwave is a sub-genre of electronic music utilizing sampling and editing. It uses surreal and futuristic themes, centered around 1980s and 1990s pop-culture. Vaporwave is also known for its imagery. Imagine VHS quality footage from the inside of a commercial shopping mall. All throughout the mall there are desolate palm trees inside planters, and ancient Roman statues. Dolphins swim in vast wishing well, which sources its water from an oversized 90s pattered Dixie cup. The only stores open in the mall are one-hour photo, a computer hardware shop, and Sears. That’s Vaporwave.

Clanton brought the Vaporwave sound to life on his critically acclaimed album Slide (2018). This futuristic take on 90s Alternative was retro and nostalgic to the core.

Nick Hexum is the frontman of 311, the Alternative Reggae/Hip-Hop band who rose to fame with their 2001 smash hit “Amber.” Nick wrote the song about his at the time girlfriend, Nicole Scherzinger, the lead singer of the Pussycat Dolls. Since 1993, 311 have released 14 studio albums, most recently Voyage in 2019. They even hosted their own “Pow Wow” music festival in 2011.

George has always cited 311 as a major influence. Despite having different musical backgrounds, George and Nick met at a 311 show and soon after began to collaborate. On their new album expect to hear a wealth of diverse songs sung by Nick and produced by George.

The album opens with “Aurora Summer,” which echoes all the sounds of a lazy  summer day. The second track “Out of the Blue” beats a steady tempo with warm funky synths. Anybody familiar with Clanton’s previous work will be reminded of his signature futuristic yet retro sound.

“Under the Window” delivers a smooth 90s jam, with bouncy synths, and those majestical flutes. The tempo is raised on the following road trip anthem “Driving in My Car.” There are funky guitar riffs in and breakbeat procession make for one of the album’s grooviest moments.

Urban Dictionary defines the word Topanga as “A place where there are no police and you get away with just about anything. A place where the majority of the people smoke weed or grow weed. A place where hippes live.” So that explains the vibe of the single “Topanga State of Mind.” This song marks the first stop in the psychedelic and healing journey of what this album is.

The next stop is the rest stop, the other single “Crash Pad.” Once again there are mythical flutes and psychedelic guitar riffs on the song as Nick raps and sings about his journey through life.

The next song “King for a Day” is kind of a slow, down-tempo oasis hidden within a mostly uptempo album. Nevertheless the steady beat and windpipes do their part to keep consistent.

The dance track “Time of Wandering” is so quintessential to the album it has its own prelude. The song oozes 90s nostalgia and beats steady rhythm that’ll have you two-stepping as soon as the beat drops.

The closing track has the echos and backing keys similar to much of George’s previous work. The saxophone solo adds a jazzy touch to such a soothing project.

Overall George Clanton and Nick Hexum make a unique duo with a musical recipe for the mind, body, and spirit. These tunes are made to ease the mind and set the soul free. In a time where the United States is in chaos, this album offers a peaceful place to escape to.