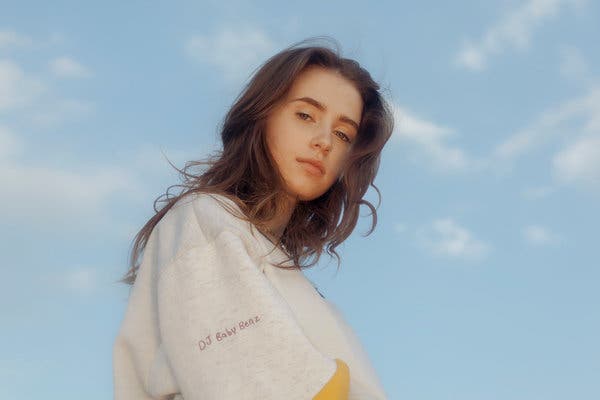 Once the security guard checked our bags, we crossed the threshold from the outside world to the concert world: Revolution Live came to life. From the beginning, there was excitement, eagerness, exuding from the crowd pouring in the venue. To my surprise, the room was a ranging age group of people: a lot of generation z, a good amount of millennials, and even a handful of baby boomers. Before I go any further, I must confess, first thing’s first, I needed a drink. Thankfully, the bar was only a few footsteps away upon entering. As I stood at the bar a bright-bartender with a grunge-gray crop top, which showed off her rad tattoos, and tight-black leggings with a worn pair of work shoes greeted me. I asked for my usual: a vodka sprite.

“Here you go” she politely said while handing me a favorite poison of mine.

We carried on a light conversation. I had to ask her, “What is the vibe  typically like at Revolution Live?”

“It’s so chill here” she replied while behind me, a young girl completely loses her cool and yells, “Clairo, I love you!”

I looked to the bartender, eyebrows raised chill, really? She responded with a smile. At that point, we found a spot to settle in and prepare for Hello Yellow, Beabadobee, and Clairo. Are they any good live?, I wondered to myself.

Really. The bartender wasn’t wrong. Everywhere people were either meeting-up and/or matching-up. They did as we did and searched for the perfect spot with the perfect view. The kids, both young and old, were colorful. My colleague, Chill Indie photographer Thais Bou-Merhi, commented, “Oh my goodness, look at his pink hair!” The excitement reached us, “I know, I love it!” A transcendent-blue light glossed over the faces of the rainbow crowd at the front of the stage. Needless to say, that night had a vibe of its own. I did not know who Clairo was; but, even I began to feel pleasantly eager for her to come on. We all shared a readiness, a vibe, and possibly, and if fortunately, a bit of the artist’s energy. We demanded “Pretty Girl,” “Sophia,” “Flaming Hot Cheetos,” and “Drown” which features Cuco; but, before Clairo, “Hello Yellow” stole the show.

Their performance took Thais and I by a cheerful surprise. We, the crowd, began warming up with some light head-banging to the tunes of Hello Yellow, which sounded like a mix of alternative and grunge rock. Before the next band could play, there were issues with soundcheck that stood in the way. Needless to say, an already anxious crowd grew even more anxious. We wanted Beabadobee! Thankfully, it was not long until minor issues were resolved and Beabadobee with her chill-hypnotic air showed up on stage. It a great surprise when they closed their set with, “If you want to.”

Last but not least, the stage opened up for Clairo. Literally. Technicians carried long pipes and took down drapes hastily to prepare the stage for Clario. The crowd’s cheer grew all the wilder. Soon she would be on stage, we all wanted there already. Then, Clairo showed up with her fender guitar and an oversized tee-shirt with black boots. Immediately, she began to sing: she seemed to have a moon-light effect on the crowd. Clairo would play with the crowd’s heartstrings by flirting with the swarm of people crazy about her, while her lovely and soothing voice would subdue the crazed by its calming nature. The crowd chanted along with every word to nearly every song.  Even I, who did not know any of her music, at one point began to sing too.

At the very end, Clairo proceeded to give us a bittersweet good-bye. We all cheered, “One more! One More!” I have seen this at other concerts, and getting one more song from the artist is very hard. There is a lot that goes on behind the scenes that would stop the artist from truly bonding with the crowd, staying, and singing just one more song. Clairo gave us an encore; and, for a little while longer, we chilled in the concert world.